Difference between pond and a lake and river

Our planet is covered by more than 70% of water which makes up around 3/4 of the area. Water is very important in everyday life in fact water is life. The nature of this water can be either fresh or salt. There are different types of water bodies. Often the bodies of these reservoirs differ from one to the other as their boundaries. This water is the habitation of the smallest aquatic organisms from the largest aquatic organisms. The bodies of water can be seen on the earth in the form of a sea, waterfall, river, pond, and lake. Each water body has its own properties and functions. There are 3 types of water bodies are described below (1). the following article is about ponds, lakes, and rivers and the major difference between a pond and a lake and river. 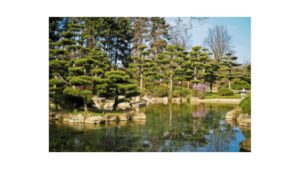 The word pond comes from “pound”, which means confining enclosure. A pond is a stable small reservoir, made up of freshwater, which size is smaller than a lake, which is created by nature or human excavation. (1)

1. The pond is a kind of stable freshwater body.

2. It is smaller in size than the lake.

3. Ponds are natural or artificial.

4. It is different from a river or stream as the water in the pond is stagnant and is not flowing.

5. The depth of a pond is about 1.8 meters. Depending on the depth of the water, sunlight can enter the bottom of most ponds.

6. Shape and size of a pond depend upon its type of origin. Like naturally made ponds are of any size, but man-made ponds are almost quadrangular in shape.

7. Pond water is relatively hotter than river water for stabilization.

Ponds are a habitat for many aquatic organisms.  These ponds are nowadays getting extinct due to human activity. Ponds work as mini reservoirs that help drain the fields during the rains. It recycles nutrients and reduces the amount of nitrate and phosphate. Ponds are important not only for quenching thirst or providing shelter but also for enhancing the beauty of nature. Therefore, the conservation of ponds is very important for maintaining the ecosystem of different species in the ponds and maintaining the balance of nature (1). 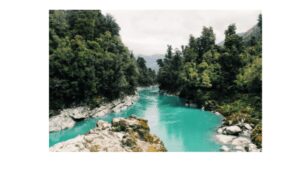 Depending on the slope of the land, a normal stream, which flows over the surface, falls into a lake, sea, or any other water stream, which is nourished by ice or rainwater, is called a river (2)

Characteristics of the river

1. Rivers are created by nature and their waters are flowing.

2. The water in the river is fresh

3. A river flows from top to bottom according to the land slope.

4. The stream of the river flows over the surface.

5. Water in the river is nourished by ice or rainwater.

6. The river falls into any lake or sea.

The importance of rivers in the history of human civilization is undeniable. In the past, various river-centric civilizations (Egyptian civilization centered on the Nile) were formed. Many cities, town, and village was built near the river as it is the only means of transportation. Polyamide is deposited on two banks of the river during floods so the soil is fertile which is suitable for agricultural purposes. At present, the river is getting polluted due to various reasons. As a result, the river ecosystem is being destroyed. So rivers should be protected from pollution at present, for their important contribution to human life (2). 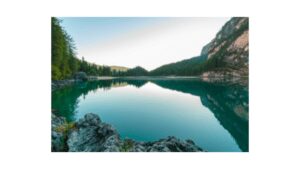 The lake which is a Latin word comes from the word “lacus”. A lake is a large body of water formed by the accumulation of rainwater, river water, glaciers, molten water, or seawater in a naturally formed, degraded part of the land (2).

1. Lakes are formed naturally. The lake is like a pond, but larger in size.

3. Lakes are surrounded by land. The size of the lakes is much larger.

4. The water in the lake is either fresh or salty.

Lakes play a very important role in human life. It helps in controlling the flows of rivers and restocking groundwater. Lakes are commercially important as a source of fish and minerals and in other ways (1).

Difference between pond and a lake

Ponds and lakes are very similar, but there are some differences. The difference between a pond and a lake is described below (2) & (3)

Difference between pond and a river

The water of the ponds and rivers is fresh. But there are some differences between them. These are (1)

Similarities between river and lake

Before discussing the differences between rivers and lakes, some similarities between the two are described below (2) & (3)

1. Rivers and lakes both are created by nature.

2. Both the river and the lake are large in size.

3. There are waves in the river and lake water.